In the early years, the sport of horse racing seemed simpler. There was no simulcasting, discussion of appropriate marketing strategies, super testing, or betting via direct computer links. There were no THA, TOC, KTA, TOBA, UTTA, AQHA or other organizations representing horsemen’s interests.

Horsemen have a habit of taking care of their own. If someone was sick or down on his luck, they “passed the hat” taking up collections. This time-honored tradition of racetrackers provided for burial services, medical attention, and feeding and housing for the needy families.

It was during the year 1940 in New England that a group of committed horsemen brought into existence what is now known as the Horsemen’s Benevolent and Protective Association. The founding group included such names as Irv Gushen, Doug Davis, John Manfuso, Dr. Alex Harthill, Johnny McDowell, Mort Wolfson, and Jack DeFee. From this meager beginning the HBPA has developed into an organization representing the horsemen’s interests on a myriad of issues.

With this purpose in mind, we urge all horsemen to join the HBPA, and urge you to take an active role in the direction and policies of your organization. By doing so, you are affirming your confidence in the goals and future endeavors of the HBPA. You do make a difference. 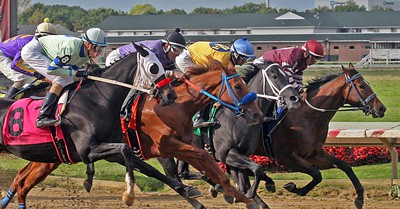 National HBPA’s Hamelback: Announced initiative to ban Lasix ‘should not be seen as safety reform’ 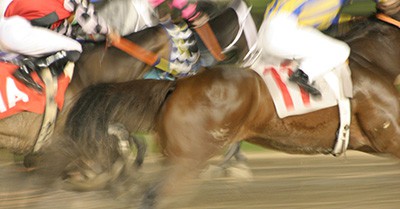 More Than 1,000 Stakeholders from Across the Racing Industry Sign Public Letter In Support of Protecting Lasix as a Choice on Race-Day

Founded in 1940, the National Horsemen’s Benevolent and Protective Association (NHBPA) and its Affiliates operate on behalf of Thoroughbred racehorse owners, trainers and backstretch personnel throughout the United States and Canada. 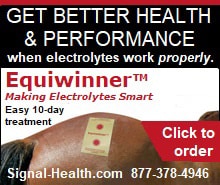 My wife Ann and I have three daughters and reside year round in Grimes, Iowa. This is my ninth season of being an owner at Prairie Meadows Racetrack in Iowa. My horses have campaigned in Florida, Arkansas, Illinois, Nebraska, Minnesota and Kentucky. I own and manage the Okoboji Grill Restaurants and have been in the restaurant business for 16 years. I currently own seven restaurants and employ over 350 people.
For the past four years I have served as the President of the Iowa HBPA working closely with state legislators to pass the 2004 gambling bill. Prior to that, I served three years as Iowa HBPA Vice President and have also been a Vice President for the Iowa Thoroughbred Breeders & Owners Association.

I have had the experience of being involved in successful negotiations with Prairie Meadows management, on behalf of both the HBPA and the ITBOA, on several different racing issues such as purses, racing dates, supplement percentages, stake race schedules, as well as many everyday issues.

I have a good understanding of the purpose and goals of the National HBPA. and believe in the motto of “Horsemen Helping Horsemen.”

Eric Hamelback is the CEO of the National Horsemen’s Benevolent and Protective Association. He is the former general manager of Frank Stronach’s Adena Springs Farm and resides in Paris, KY with his wife Debra and two children. He is originally from Frierson, Louisiana and he attended Louisiana State University. Eric graduated in 1993 with a Bachelor of Science in Animal Systems. He and his family moved to Paris in 2008 after living in the Versailles/Midway area for 8 years and in Florida for 5 years.

As CEO of the National HBPA, Eric serves as representative for the largest horsemen’s group in North America on many industry boards. He represents NHBPA horsemen on the American Horse Council Racing Committee, the unWanted Horse Council, the RMTC, the NTRA Safety Alliance, the Racing Officials Accreditation Program, as well as the associate member for the Racing Commissioners International. Eric is a strong advocate for retraining and rehoming of Off The Track Thoroughbreds, and also serves on the Board of Directors for the Maker’s Mark Secretariat Center in Lexington Kentucky, the equine advisory committee for Square Peg Foundation, Half Moon Bay California, as well as the Capital Campaign Committee for New Vocations Racehorse Adoption Program also in Lexington Kentucky.

Eric began his professional career with Prestonwood Farm in Versailles under General Manager Rich Decker, as their yearling manager after leaving Louisiana in 1994. In 1997, he was offered a position at Adena Springs as their yearling manager under then General Manager, Dan Hall. Eric was promoted to assistant farm manager in 1998 and in 2002 was named general manager at Live Oak Stud in Ocala, Fla. From 2002 until 2005 Eric headed the Florida operation before returning to Adena Springs, this time in Florida, in 2006.

Eric and his wife are, and continue to be, active in their community through school and community service, as well as through youth sports programs. Eric was an avid sports fan growing up in Louisiana and was an All-State linebacker high school before an injury forced him to forgo a football scholarship for college.  After moving to Kentucky, Eric began to pursue another passion, polo.  He played amateur polo for 11 years, both in Kentucky and Florida. As a member of the United States Polo Association during his active playing days from 1995 until 2006, rising to a 1 goal handicap before suffering an injury which forced him to the sidelines from that passion as well.  His passion for football has carried on and can now be seen through his certified membership of the Central Kentucky Football Officials Association where he officiates youth, middle and high school football under the Kentucky High School Athletic Association.

Currently, Eric is a member of the Kentucky Thoroughbred Farm Managers Club, serving as a board member from 1997 through 2001, and club President in 2002, and he was a member and active player with the United States Polo Association from 1995 until 2006. Eric previously served on the Board of Trustees for Thoroughbred Owners and Breeders Association, and the University of Kentucky’s Gluck Equine Center.

Racing Experience:
An active owner and breeder of thoroughbred and quarter horses in Arizona since early 1980’s. Racing horses in all Arizona venues from Turf Paradise, old Prescott Downs, Yavapai Downs and all the fair meets at one time or another. Served on the Arizona Quarter Racing Assoc. board of directors since 1988. Served as the President of AQRA since October 2000 thru 2005. Member of Arizona Thoroughbred Breeders Assoc. and lifetime member of AQHA and AQRA. Arizona Director of American Quarter House Association. Hold owner licenses in Arizona, California, Oklahoma and New Mexico, Iowa, Minnesota, Colorado.

A lifelong horsewoman, Richards grew up foxhunting and showing horses before turning her talents to the thoroughbred industry. Since 1990, she has held trainer’s licenses in six states, owner’s licenses in 12 states and has run horses at over 20 tracks. In addition to her extensive background as an owner and trainer, Richards has enjoyed success as a breeder. She lists several stakes winners among her credits as owner/breeder, including the $900,000 plus sprinter Punch Line who twice earned the title of Virginia Horse of the Year. Currently, Richards owns and manages Goshen Farm, a 130-acre establishment near Millwood, Virginia and maintains a band of seven broodmares in Virginia and Kentucky.