Lidocaine Positives in Arkansas: An examination of likely environmental exposure and the unusual ARCI medication rule 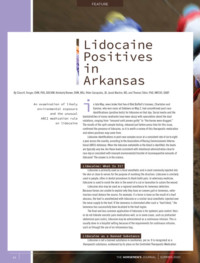 In late May, news broke that two of Bob Baffert’s trainees, Charlatan and Gamine, who won races at Oaklawn on May 2, had unconfirmed post-race identifications (positive tests) for lidocaine on that day. Social media and the backstretches of many racetracks have been abuzz with speculation about the dual violations, ranging from “innocent until proven guilty” to “the horses were drugged.” The results of the split sample testing, released just before press time for this issue, confirmed the presence of lidocaine, so it is worth a review of this therapeutic medication and where positives may come from.

Read the full article from The Horsemen’s Journal.