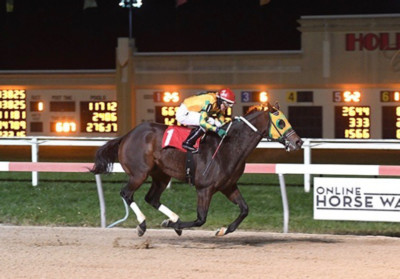 Persie, a winner of 10 races from 17 starts in 2018, has been named Claiming Horse of the Year by the National Horsemen’s Benevolent and Protective Association.

Persie was one of only five horses in the United States with 10 or more wins last year. Three other horses also achieved 10 wins, and only Arriesgado, who competed in Puerto Rico, had more with 11.

Persie was claimed by Bush Racing Stable for $8,000 on May 24 at Penn National in Grantville, PA, after winning three times during the year for owner Adam Staple and trainer Brandon Kulp. The Street Sense gelding then won seven of his next 11 races, including six straight, for trainer Lester Stickler Jr. William Otero rode Persie to all but one of the wins for Bush Racing.

From 17 starts in 2018, Persie earned $114,372 – more than double his previous lifetime earnings – en route to earning Penn National’s 2018 Horse of the Year award from the Pennsylvania HBPA. Bred in Kentucky by Elkstone Group LLC, Persie began 2019 right where he left off – the 6- year-old won a starter allowance at Laurel Park on January 24. 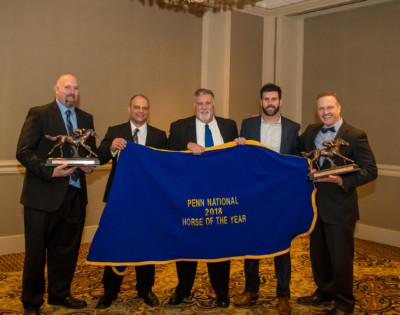 “Every owner and trainer knows that it’s hard enough to win just one race, so for a horse to win 10 in a year is quite an accomplishment,” said Eric Hamelback, CEO of the National HBPA. “We congratulate Persie and his connections on an outstanding season.”

The National HBPA also presents a Claiming Crown Horse of the Year Award to one of the winning horses from the $1.1-million Claiming Crown at Gulfstream Park. The 2018 winner of that award will be honored at the TOBA National Awards Dinner later this year.