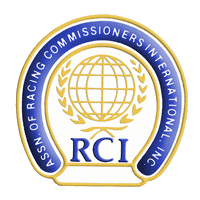 The Scientific Advisory Group of the Association of Racing Commissioners International (ARCI) has reported that there is no current science linking furosemide treatments to muscular skeletal issues that may be a contributing cause of equine breakdowns in racing.

The group reported to a meeting of the RCI’s Drug Testing Standards and Practices Committee that they discussed the issue at their meeting on April 2, 2019 and were not aware of any published studies or papers providing any evidence of such a link.

“There remains an attempt on the part of some organizations and individuals to leave the impression that the current equine welfare policy of permitting the voluntary race day use of furosemide under controlled and transparent circumstances is somehow tied to the tragic equine deaths that have occurred at Santa Anita and elsewhere,” said ARCI President Ed Martin in a statement.

“The ARCI is never averse to examining an existing policy and we were concerned that such statements might be based upon solid scientific information we have yet been able to analyze. Apparently, they are not. Our science advisors were asked to review this matter and make us aware of any new information that might be relevant to the equine tragedies that have occurred,” he said.

In 2011, after two RCI officers called for the phase out of race day furosemide treatments, an industry debate on the issue was reignited. The Drug Testing Standards and Practices Committee conducted a review of the existing policy and held a public hearing during the Saratoga meet.
Input was received from a variety of experts, including Dr. N. Edward Robinson from the Center for Integrative Toxicology at the Veterinary Medical Center at Michigan State University. Dr. Robinson is a recognized expert in the study of animal lung dysfunction, particularly equine airway disease. He directs the Equine Pulmonary Research Laboratory at MSU which is dedicated to studying the pathogenesis and treatment of diseases of the air passages (airways) of the horse.

After completion of that review, the committee decided that there was insufficient science to justify change to not change the current policy.