Where Are We Going from Here? An Op-Ed on the Horseracing Integrity and Safety Act by NHBPA’s Leroy Gessmann 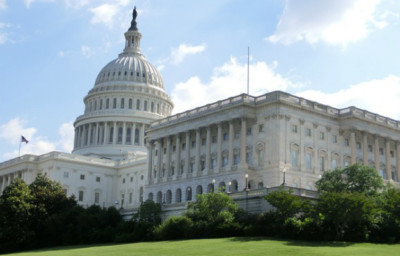 Where Are We Going from Here?

By Leroy Gessmann, National HBPA President and Chairman of the Board

By the time this op-ed goes to print, the Horseracing Integrity and Safety Act (HISA) could very well be headed to the White House to be signed into law. The bill, S. 4547, is being sold as a catch-all fix to the problems of the horse racing industry. The problem is we have not had an industry-wide discussion of how this bill will fix any specific problems. In short, there are many unknowns about this legislation.

Even though this bill is close to becoming law through a ‘shaded’ process, we do know a couple of things. For example, we know that the bill is being pushed by the Jockey Club, and its horse racing elite cronies, who have spared no expense to persuade the Senate Majority Leader to push this bill through the Senate with absolutely no hearings, debate or possibility of amendments.

Why would Senator Mitch McConnell (R-KY) do this when a great number of his constituents in the horse racing industry know nothing about this bill, are threatened by it, and were never consulted on its contents? It’s not too much of a stretch to believe that he, and those pushing the bill, do not want those constituents to know. It is likely the bill will realign and consolidate the industry at the expense of most of those who make up the small business backbone of the sport, whose livelihoods depend on horse racing.

Pushing legislation through Congress is not usually a problem for well-heeled interests. In this case, the Jockey Club, and assorted business interests in technology and gaming, stand to make a lot of money if the industry is realigned. That is one reason the bill creates a ‘private-sector’ governing body to be the Authority that will oversee the industry. What a deal. The foxes get to guard the henhouse. All the ‘lesser players’ in the industry have to do is accept what is mandated in this legislation.

How has Senator McConnell handled this legislation? He simply took a rough set of ideas produced by the Jockey Club, had those ideas formed into a bill, and then used his position to declare that the bill would be attached to some year-end measure of importance — like the bill to fund the government for the Fiscal Year 2021. That way, there is no discussion and no vote on a bill that threatens an entire industry.

The advocates of this bill proudly proclaim that it will not cost the taxpayers. The truth is it will cost the taxpayers in two ways: one, it will force many small horse racing businesses to pay the cost of the new governing scheme through fees, and likely go out of business in the process; two, that will leave the rest of America’s taxpayers footing the bill. Problem solved.