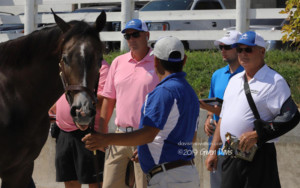 Whether an owner, trainer or bettor, horse racing is a roller-coaster, not for the faint-hearted and where stick-to-itivness is required. Albaugh Family Stables has the top-ranked horse in Gary West’s first Kentucky Derby rankings. But getting to that tenuous peak has involved a couple of tumbles off the precipice.